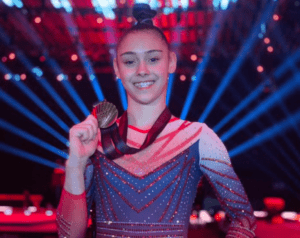 That triumph came after Gadirova successfully defended her European floor title in Munich in August.

Among three World Championship medals in Liverpool, she also became the first British woman to win a world all-around medal, with bronze in that event.